It's coming to the end of the tree-week Vietnam trip, which totally reverse my initial imagination of the country.

The following conversation kept appearing when mentioning the coming trip to Vietnam: "Can't think of anything good there.", "A poor country.", "Lots of them come as workers or helps." I was influenced by these words at some degree owing to the lack of experience of being there in person, reckoning Vietnam is not far from the situation they described.

I do really need to appreciate my family and also my beloved Vietnamese teacher Joey Tran. Were it not for them, there's no way I could come to this amazing place!!

Finishing the Taiwanese business entrepreneurs on Aug. 12 in Ho Chi Ming ,which is a prosperous city, I first witnessed various ancient ruins, cultures, local foods and the most impressive thing here: the traffic. The unbelievably messy traffic (in a goodway) was literally ordered in chaos, it was like every riders and drivers who steer close to each other has their own invisible paths on the road. They did not give in the path they were ongoing to each other, but they did had a way not to jeopardisethe other drivers. Moreover, the skyscraper looked like the building in marvel movie, the boutique stores were absolutely stunning, they were so similar and no less than the ones in Taipei but the style of the buildings were much more attractive and stared in the city in their own ways. In addition to these specialties of the city, I got to know deeper of some nice people also in STUST, and took quite a few satisfying pictures. After that there came the summer camp in the middle of Vietnam: Da Nang, which utterly became one of the most splendid parts of my memory in life (those were also the days English was used the most frequently in my life and I found it languages absolutely are THE KEY to another world).

There were only Billy and me from Taiwan which I was actually worried I would not be able to get along with all of the participants successfully, but everything turned out to be totally different as imagined! We even bumped into a guy also from the same country as ours studying in the school so close to STUST!

Beside, I met the best roommate ever from Japan (Riku) who's so nice and chatty, so we did have a superb time hanging out together. Also there're lots Japanese who treated me incredibly well, which I by all means appreciate that.

Moreover, there were four Indonesians I will never forget: Hana, Dinda, Putri, and Dito. We enjoyed lots of time talking of everything under the sun (and the moon of course, ha) and they are the ones who dragged out my crazy true colour. They indeed always made me feel like at home. Do remember me -- IndoneSean!

As for the local friends I met, such as Bang, Linh, Alex and Khoa, you all were incredibly passionate and warm-hearted. Without you all this summer camp would not go so amazing. Thanks so so much for your hospitality!

Time does fly, two weeks past really fast. The precious memories which we made together will be everlasting and inscribed in my mind for good. This is not the end of it, instead, it would be the beginning of our strong-bonded relationship which will surely keep going. Wish I could see you all soon either in Taiwan, Indonesia, Vietnam, Japan, Honduras!

Last but not least, sorry for all my friends and family in Taiwan that I could not send the texts in no time every day owing to the internet here is frustrating… and there are so many activities to join here that I usually come back to dorm very late.

Da Nang, the city highly surrounded by green. See you next time!

The day I came back just feels like a day or two ago, but it has surprisingly been over a year since I visited the magical world. Connections still remain among us, we chat sometimes, either in LINE or using webcam; last year in March 11th, there was one of my Japanese mates met in the camp along with his friends came for a profound reason: To show their gratitude of the donation for the dreadful earthquake hit their country on the same date in 2011 and I was the tour guide that day showing them around in Jiufen. We were having fun caching up and enjoying the mesmerised day. 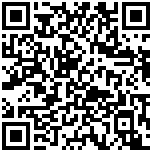